Cooperation of universities in the CIS space

The unified scientific, technological and educational space is marked by innovative development of integration processes, direct scientific and technological ties between higher educational institutions on a bilateral and multilateral basis, cooperation in the field of the training and retraining of engineers and scientists, concrete, concerted practical steps aimed at the development of national systems of higher education.

No national scientific and technological, educational system can exist and develop independently. Education and improvement of professional skills, generation of new ideas and technologies are the main driving forces of economic growth, as well as cohesion of the country.

Integration processes in the political sphere between the CIS countries are aimed at the formation of a single economic space that can exist and develop successfully if there is a common scientific, technological and educational space.

The president of the Russian Federation V.V. Putin noted: «The CIS space is a special and priority area of our foreign policy … We are creating a single economic space, we are testing modern integration patterns and concepts of effective economic cooperation.»

Unfortunately, there are some well-known problems and constraints of cooperation development, formation of a single scientific, educational and technological space (hereinafter — SSETS):

Along with the special focus of the foreign policy of some countries and the domestic political situation, the difficult economic situation acts as a deterrent as well.

The key to solving these problems is in the international cooperation, the development of integration processes, direct scientific and technical ties between higher education institutions on a bilateral and multilateral basis, cooperation in the training and retraining of engineers and scientists, concrete, concerted practical steps aimed at the development of national systems of higher professional education.

The leading role in the development of a common scientific, technological and educational space, the development of a strategy, policies and plans to support the innovative economy, the creation of an enabling environment for the transfer of knowledge and technology in the post-Soviet space belongs to technical universities and associations that join their efforts and activities.

An important role in the SSETS formation is played by the Technical Universities Association established in 1993. It unites 131 technical universities in Russia and CIS countries.

The priorities of the Technical Universities Association are:

The Technical Universities Association has become a link in developing partnership that promotes effective interuniversity cooperation, exchange of the best experience, intense involvement of foreign universities — partners in the events and conferences arranged by the Association.

Parity friendly professional contacts and communication between representatives of the university community, administration and specialists undoubtedly play a key role in developing a single scientific, technological and educational space within the countries of the Commonwealth of Independent States.

The Russian higher education plays a huge role in the formation of a single scientific, technological and educational space. Russia has a glorious tradition of engineering education. «The Russian method of training» has been one of the fundamental forms of engineer training.

Stressing the special significance of the development of international cooperation at the current stage, higher educational institutions should focus on the educational and scientific components of the general educational space, the formation of coordinated approaches and criteria in the field of education, the training of engineers and scientists, the development of intergovernmental standards that establish general requirements for the quality of specialist training as the basis for the development of national standards coordinated with international requirements and agreements and for the promotion of close ties between scientists and specialists. 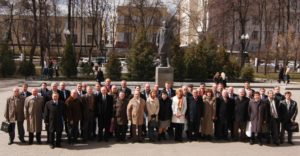 In 2008 the Technical Universities Association together with the Coordination Council for Technology and Engineering of the Ministry of Education and Science of Russia adopted a Declaration on the problems of cooperation between technical universities.

In fact, a program of joint actions was launched, its purpose being the building of a single scientific, educational and technological space. Moreover, much support was given to the activities of the Technical Universities Association aimed at promoting cooperation and interaction between higher technical educational institutions.

One of the most important forms of work which greatly contributes to the formation and development of scientific, educational and technological cooperation is international conferences, forums, seminars.

Nowadays we face a serious problem of the decrease in the spiritual, moral and creative potential of the population of our countries, which significantly complicates training the specialists able to solve complex socio-economic problems, develop, introduce and use the latest technologies. Hence the issues of a new ideology, an effective youth policy, the upbringing of the younger generation and the maintenance of high moral values, patriotism, and civil responsibility for the destiny of the country are becoming crucial.

An effective infrastructural tool is the formation of a network of base CIS organizations in specific areas of science and technology development.

Networking is one of the forms of cooperation between universities both within the country and at the international level of the CIS. It means the joint activity of several (two or more) higher educational institutions in organizing work aimed at teaching students and mastering an educational program of a certain level and orientation using the resources of these universities and improving the skills of the teaching staff.

On March 16, 2017 the Congress of the Technical Universities Association was held. It was an important event in the cooperation of universities since higher educational institutions of the states members of the Commonwealth of Independent States took part in it.

The Congress is timed to the 25th anniversary of the university technical education system in Russia — on February 4, 1992, a section of technical universities of the Association of Universities of the USSR was established. It also summed up the results of 2016 — the year of the 25th anniversary of the Commonwealth of Independent States and the Year of Education in the CIS.

At the Congress of the Association the participants discussed topical problems of the development of university technical education and science, the issues of increasing the role of technical universities in technological modernization and innovative development of the country’s economy, as well as the main results and new tasks in the work of the Association in modern conditions, including the space of the Commonwealth of Independent States.

In general, the formation of a common educational, scientific and technological space appears to create conditions for expanding and deepening all forms of relations between the post-Soviet states. Today the SSETS is developing, prioritizing various associations such as the Eurasian Economic Community, Shanghai Cooperation Organization, the CIS and the European Union. The Commonwealth of Independent States is the largest among then since it covers the largest number of states in the Eurasian space.

Participants of the Congress, meetings of the Council, conferences of the Association 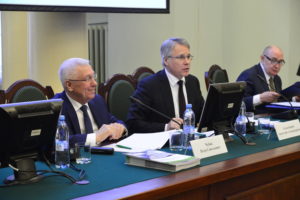 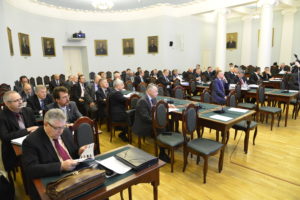 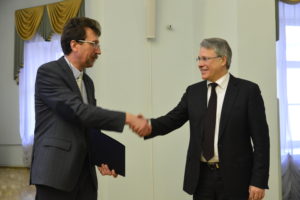 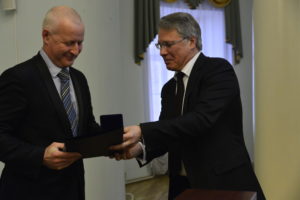 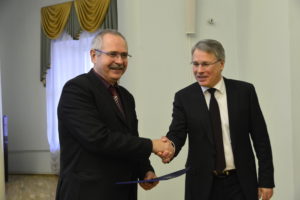 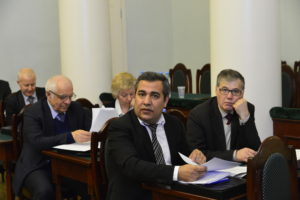 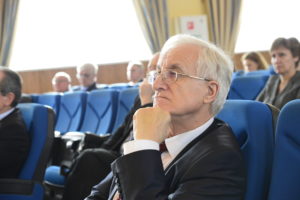 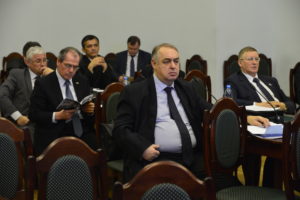